Semco Salehi’s In Heaven is a reflection of seemingly opposing cultural views coming together in a rapidly evolving world through communication and understanding.
The world is divided by cultural identities; with each being unique in its social customs, traditions and beliefs. Cultural differences, when manipulated for political agenda through propaganda or social conditioning, often lead to generalizations and stereotypes that serve to separate humankind rather than unite it.
In Salehi’s installation, a video is projected on the wall and displays a Middle Eastern couple talking and spending time at the beach. The man and woman are dressed in traditional clothing and drinking tea. In a subsequent shot, the couple is joined by a white couplein revealing swimwear. The white man drinks a beer while the white woman nurses a glass of white wine. The friends engage, laugh and enjoy each other’s company.
The image is unexpected.
Cultural generalizations teach us that it would be unlikely for two very different groups of people to get along. Differences in lifestyle and ideology often create a divide, and at the far end of the spectrum lead to racism, discrimination, and war. Humans have been fighting for thousands of years over contradictory views illustrated by events such as the Jewish Holocaust and the South African Apartheid.
In Heaven encourages us to look beyond our cultural differences and see our similarities.Peace arises from our ability to understand and connect with each other. Our biggest mistake is not trying to make that connection. Cultural differences will always exist and yet the human condition remains unchanged. We are not born prejudiced, racist, bigoted or homophobic,but with an inherent need to love and be loved. In Heaven’s assertion is that if we only took the time to communicate, we would realize we’re not as different as we think we are.

“We’re the same: all humans. As long as we can communicate, talk and accept each other the way we are.” – Semco Salehi 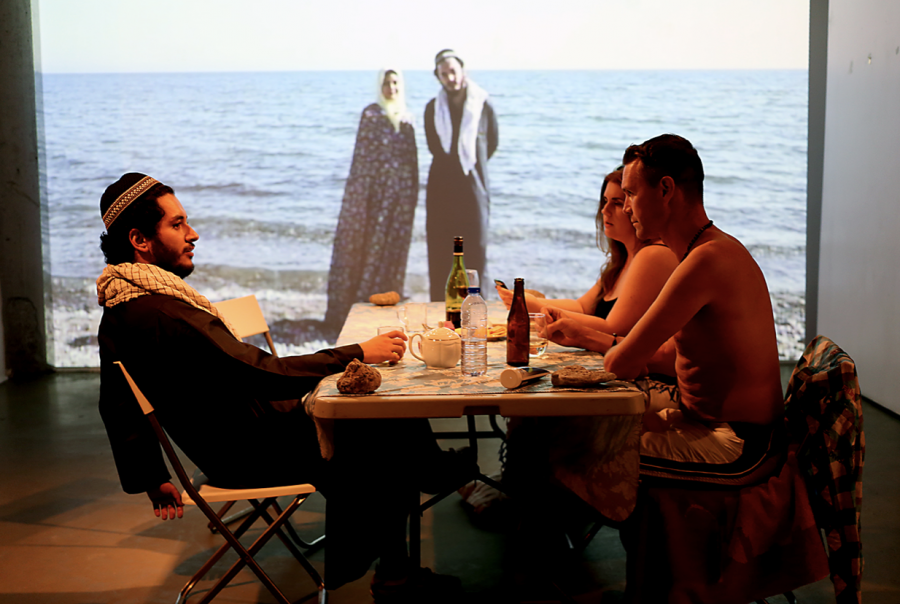