“Pahlevan Never dies” (Pahlevanan Nemimirand) is a collection of 9 digital images using film and digital photography with a focus on forgotten myths of Pahlevani, which it’s a form of Iranian male heroism and athleticism.
Pahlevans were Persian warriors that were known for their bravery and sportsmanship. People would use their example with reverence.
There are many poems and tales about their valiancyand virtue. These tales have been exaggerated over the years to the extent that they have lost their practical meaning.
Today a fringe group of Iranians still believe in Pahlevan culture. They are mostly comprised of the older generation with the exception of few young enthusiasts. They practic the athletic as a group along the philosophy of Pahlevani in Zoorkhanehs, male only traditional gyms, which are on the verge of extinction. They perform traditional workout to the tunes of live traditional drumming. Pahlevan Never Dies Statement.docx the photographs are taken by Semco Salehi
with the exception of one over his many trips to Iran and visiting Zoorkhanehs.
The images are a combination of Western Pop culture and Qajar era stoneprints. Each image is manipulated to showcase the exaggerated tales of Pahlevani.
They also display the imported western advertising influence in such traditional culture. 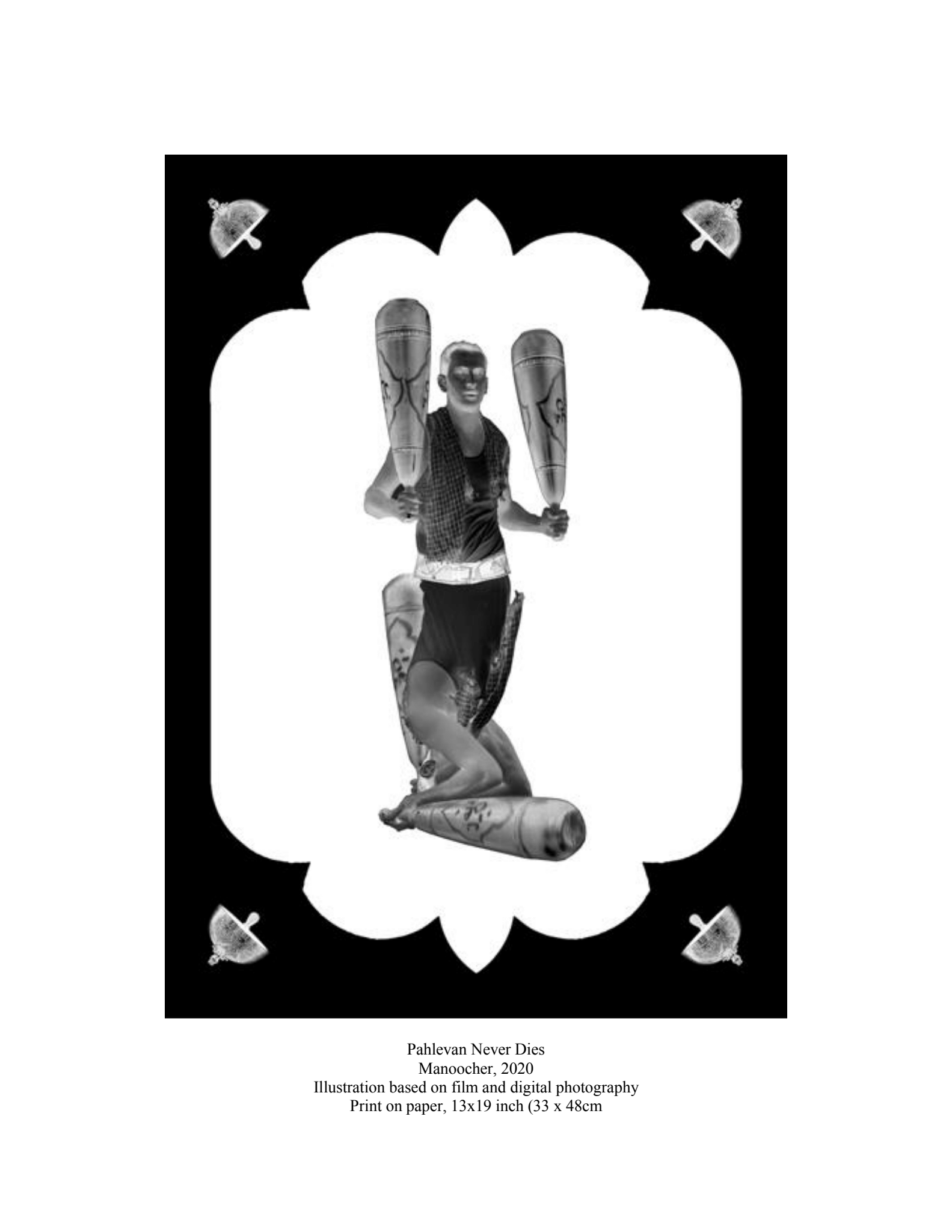 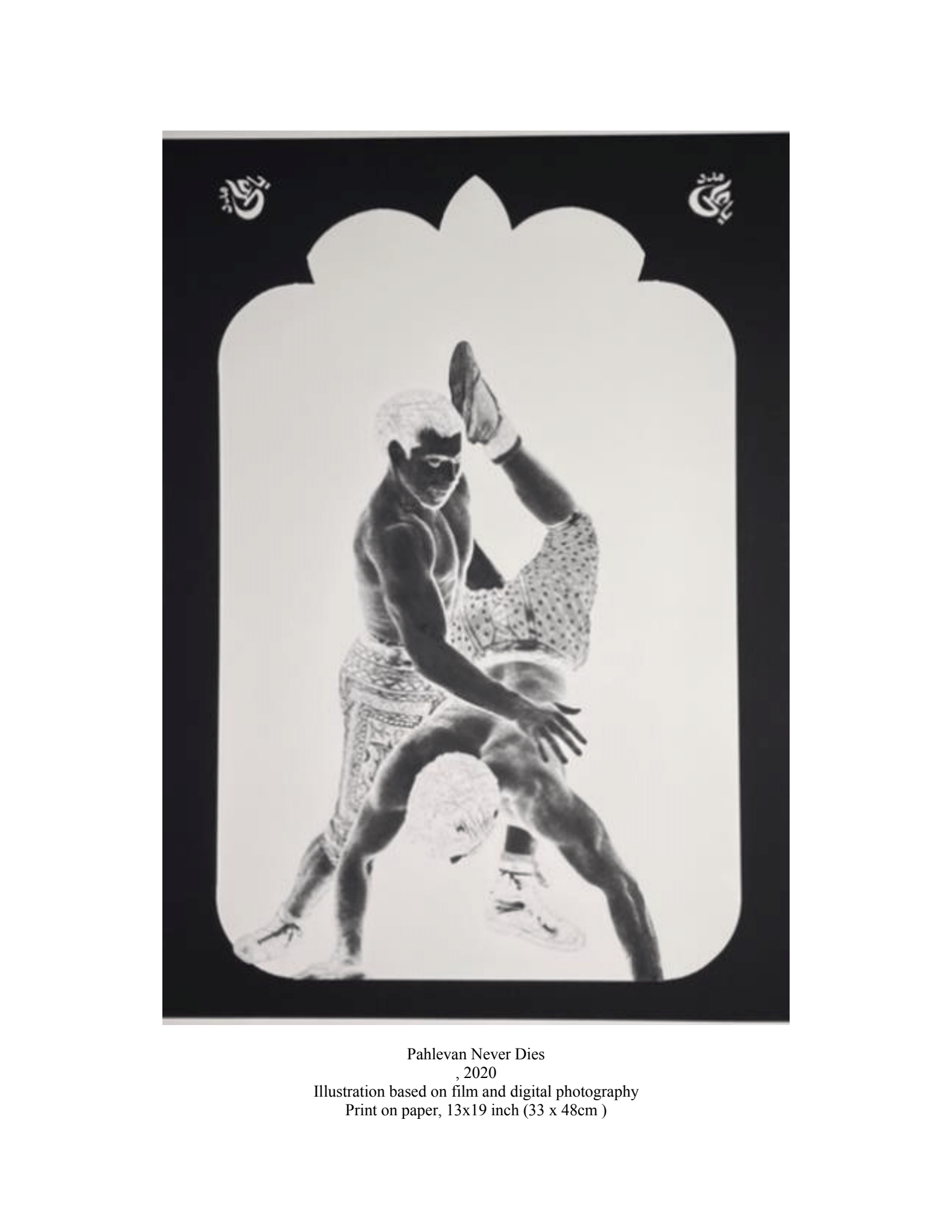 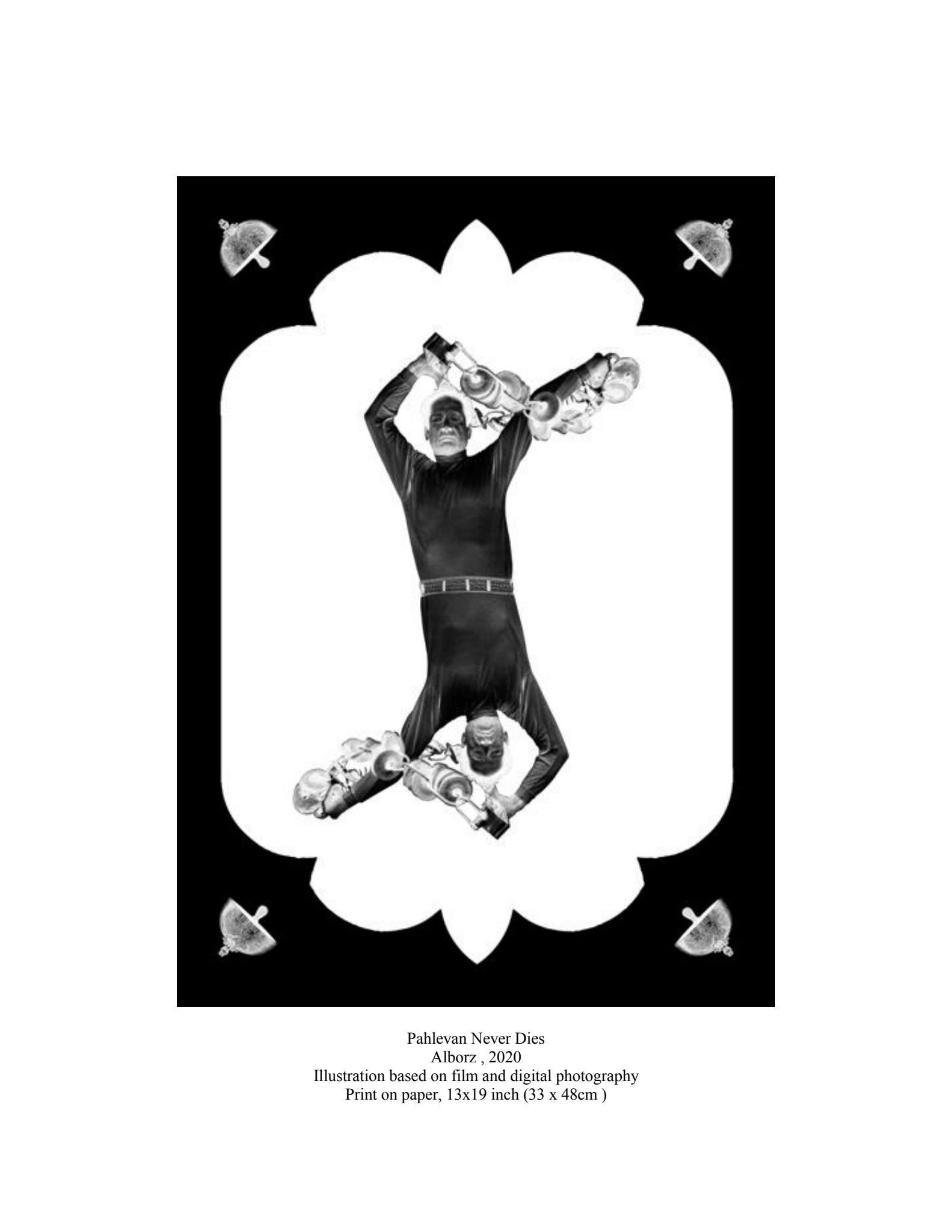