Since human beings started to make tools, their social existence and the relationships that stemmed from them changed for good. Sharp and pointy objects were not merely hunting tools: they were “relational” and “social” instrument as well as a possibility for changing destiny. A knife, or its Persian slang equivalent, “Teazy,” is an object that has remained from the “means ownership” mentality, in which power dominated ethics and elegance.
Exhibited in Pasio, “Teazy” is a photograph and video installation by Semco Salehi, a photographer and filmmaker based in Toronto. In “Teazy,” Salehi represents various realistic images of knives, each of which has its own tale to tell. Salehi’s fantastic and obviously masculine approach to knives comes from his personal interest in urban culture and the old parts of town and the status of “teazy” among hooligans of the past. Hooligans were typically violent, ignorant young troublemakers who saw power not in words and just conduct but in cold weapons such as fighting knives and daggers. “Teazy” was a weapon used for defense, wielded in the hands of gang members as a pen: its blade wrote the story of one thug on the body of another or those of unlucky random people during street fights and acts of revenge.
Intending to depict the hidden stories of the relationships between people, Salehi deploys his camera to explore the behavior of humans, legends, and story characters, much like an anthropologist. Migration and displacement are tangible notions of our time that play an important role in his photographs and films.
Teazy (/ˈTːzi/) is a Persian street slang used for referencing sharp weapons such as blades and knives. Synonymous with hooliganism, it signifies a rhythm of life beating against normalcy, living on the edge, contrary to the status quo. The term originates from prisons where inmates used to craft metals into sharp objects for self-defense or hitting others.
Teazy represents the Iranian hyper-masculine image—embedded with pride and protection. It was made mostly for showing off and to instill fear in the heart of opponents. When utilized, it was used to slash and leave a mark or marks on a body, especially on the face. In some cases, to leave such humiliating marks on one person was a reminder for others in the neighborhood to recognize who reigned the streets at the time.
“Teazy” [i.e. the show] walks through the mind and soul of a hooligan and the world from his gaze, slicing into traditional male culture once glorified on the streets across Iran. Designed like a video game, the hooligan can choose weapons for the moment. Each “teazy” comes with a unique mentality depending on its size and appearance, applying certain effects on one’s visualization and confidence in its use. 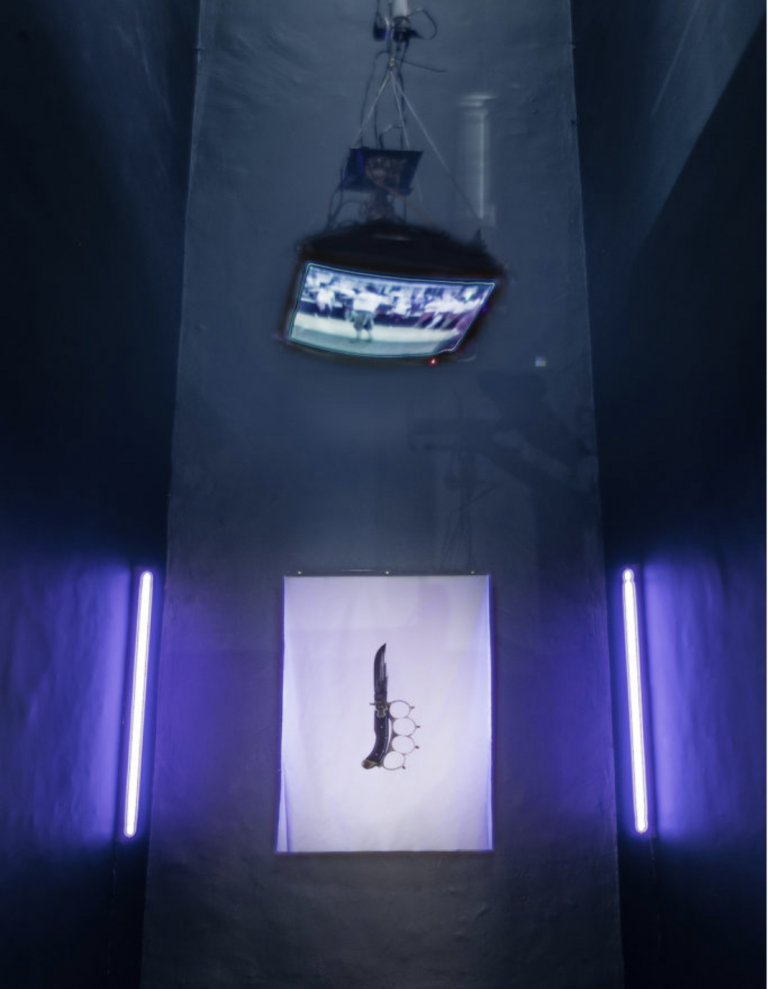