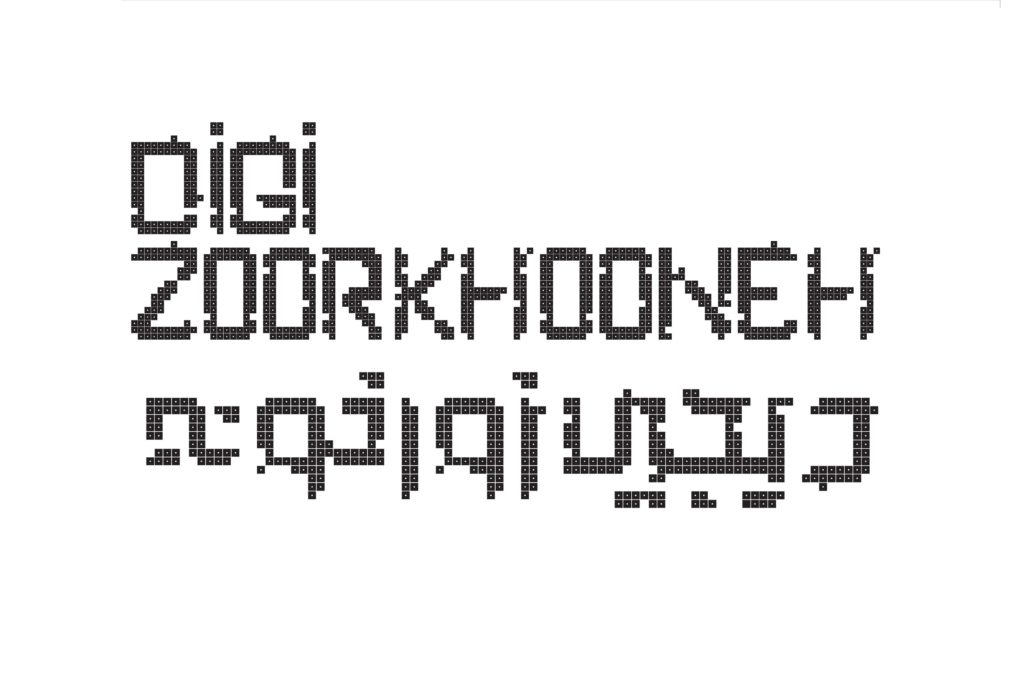 The multi-media installation DI-GI ZOORKHOONEH consists of videos, photography and an accompanying sound track by Canadian-Iranian artist Semco Salehi who has developed a multidisciplinary art practice alongside a professional career as a filmmaker in Toronto for several years.

The name DI-GI Zoorkhooneh stands for: DI-GI, short for digital, and ‘Zoorkhooneh’ which means “the house of power” in ancient Farsi language. Di GI ZOORKHOONEH draws its inspiration from the traditional male-only gymnasiums in Iran, where men not only exercise, but they also test their masculinity and strength.

The installation examines the question of identity and the conflict between traditional values and the imported westernization, which could lead to an existential crisis. The installation also tries to reveal the contrast in “Zoorkhooneh” experiences across different generations in Iranian society and how they differ to each other. It focuses on what actually happens in Zoorkhooneh live. Therefore, it allows visitors (male, female, transgender) to experience the traditional male-only space.

The installation is set up as an immersive space with several CRT TV monitors forming a circular environment to mimic the circular hole in the zoorkhooneh called “Gowd” showing clips of young and old men performing the Zoorkhaneh accompanied by an original musical score crafted from the traditional Zoorkhaneh Music only to match the new era. The quality of the videos on the screen vary from grainy to HD and some of the men (younger) are in recognizable branded shirts worn with the traditional knee-length Zoorkhaneh tights, lifting huge wooden clubs and dancing in ritual circular motion as is the custom. There is a contrast in body types between the older and younger generation with the latter looking more musculature and groomed whilst the older generation are unconcerned with their aesthetics and beauty. The physical body in this installation present contrasting standards of masculinity and veneration. Alongside the video installation there is a screen-printed pop-style portrait of the late Takhti, a prized wrestler, actor and superhero admired by many young Iranians. Completing the installation is a red print portrait of Imam Ali with an aura of terse rigour overseeing the whole work. In front of the CRT TV installation there is another separate video of young Iranian gym goers looking at the middle-aged generation with doubt and not knowing why are participate in the traditional sports without the gain of a muscular physics. This demonstrates a generational gap that extends further into lifestyle choices and thinking.

The music soundtrack accompanying the installation has been adapted specifically from original old Iranian Zorkhaneh recordings, juxtaposed with new wave electronic music to give a contemporary feeling. The spoken narrative by a female voice describes a scene of war between countries taken from the “Shahnameh” translation: The tale of the king, an old Iranian poetry book. This narration corresponds with one of the videos in the instillation depicting soldiers preparing during an imposed war on Iran after the 1979 revolution.

Overall, the installation is an observation by the artist of society as he has experienced. A showcase of a fragmented society to bring audiences in a direct and intimate contact with the mess we all live in. A country of double life and a two-faced society.

NOTE: Additionally, clips of men preparing for battle during the Iran-Iraq war, going through the motions of zoorkhaneh, replacing traditional wooden clubs with Kalashnikov rifles are also available to display in a separate room to this installation.